Tyler Williams was 10 years old when he plopped down in front of a TV and watched the Tour de France for the first time. It was the first bike race Williams ever watched and he was mesmerized.

“I think the hook for me was the spectacle of the event,” said Williams, now 25. “The crowds, the color, the beauty.”

Williams began riding his mountain bike on trails and fire roads. By 14, he was racing on the road. By 17 he turned professional and ever since then he has felt comfortable with a helmet on his head, his bike shoes clicked into pedals.

“It’s fun. It’s different all the time,” said Williams, an ambassador for Sonoma Creamery, which produces crispy, crunchy natural cheese crisps and bars. “You have this variety. You’re never doing the same thing in the same place. There’s a fair amount of speed involved, which gives it adrenaline. And I definitely do love the competition.”

Williams has had more than a little success cycling. In 2014 he finished second in the prestigious one-day Paris-Roubaix for riders 23 and younger. In 2016 he was part of the team that won the time trial stage in the Olympia’s Tour, which takes place in the Netherlands. That year he also took third in the USA Cycling Under 23 national road race. In all, he had five podium finishes that year.

Williams grew up in Bakersfield and now lives in Santa Rosa. He currently rides for Legion of Los Angeles, which is striving to make cycling more diverse.

“We’re proud of our association with Tyler,” said John Crean, president and CEO of Sonoma Creamery. “He’s a uniquely talented athlete, and he’s from Sonoma County, where he lives and rides. We wish him all the success in the world.”

Williams, in turn, could not be prouder of his association with Sonoma Creamery.

“I like that it’s a local company,” said Williams. “I know the people that work there. I know the quality that goes into making the products. I just think it’s special being linked to a company that’s made in the same county that I live in.” 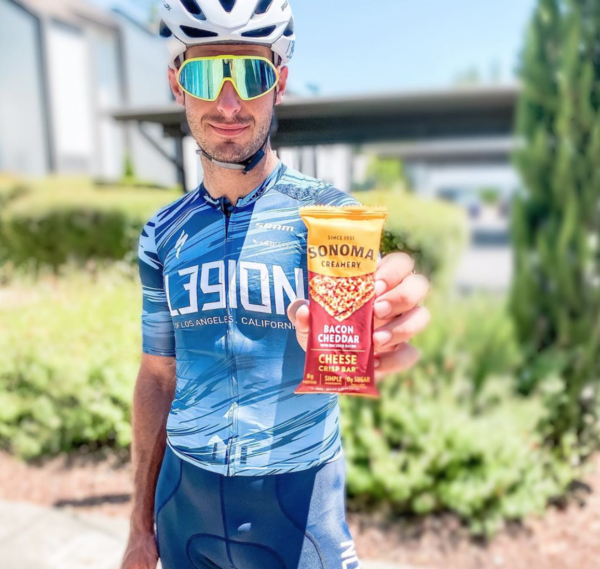